Volkswagen will spend €60bn on switch to electric vehicles

Volkswagen will spend €60bn on switch to electric vehicles

Featured Article
Volkswagen
Electric Vehicles
Automotive
Manufacturing
Volkswagen has announced it will expand its electric fleet over the next decade to include 75 all electric models and a further 60 hybrid vehicles.

Volkswagen has announced it will expand its electric fleet over the next decade to include 75 all electric models and a further 60 hybrid vehicles.

The German car manufacturer has committed to producing four million additional battery-powered vehicles during the next decade. It has pledged to spend €33bn on electric mobility in the next four years and a further €27bn on digitisation and hybrid technology by 2024.

This amounts to slightly more than 40 percent of the company’s investments in property, plant and equipment and all research and development costs during the planning period. Compared with the Group’s last Planning Round, it represents an increase of around 10%.

“We will step up the pace again in the coming years with our investments. Hybridization, electrification and digitalization of our fleet are becoming an increasingly important area of focus. We intend to take advantage of economies of scale and achieve maximum synergies. In light of the worsening economic situation, we are also working on increasing our productivity, our efficiency and our cost base so as to secure meeting our targets,” said Herbert Diess, Chief Executive Officer of the Volkswagen Group.

E-vehicles are scheduled to be made outside Germany by the company’s plants in Mlada Boleslav, Chattanooga, Foshan and Anting. Others will be produced by German plants in Zwickau, Emden, Hannover, Zuffenhausen and Dresden. Plans for the Emden site were confirmed, according to which production of the electric A-SUV (ID.Next)0 should start in 2022.

Volkswagen’s has invested $800mn in the expansion of its Chattanooga facility including a 564,000-square-foot addition to the body shop. 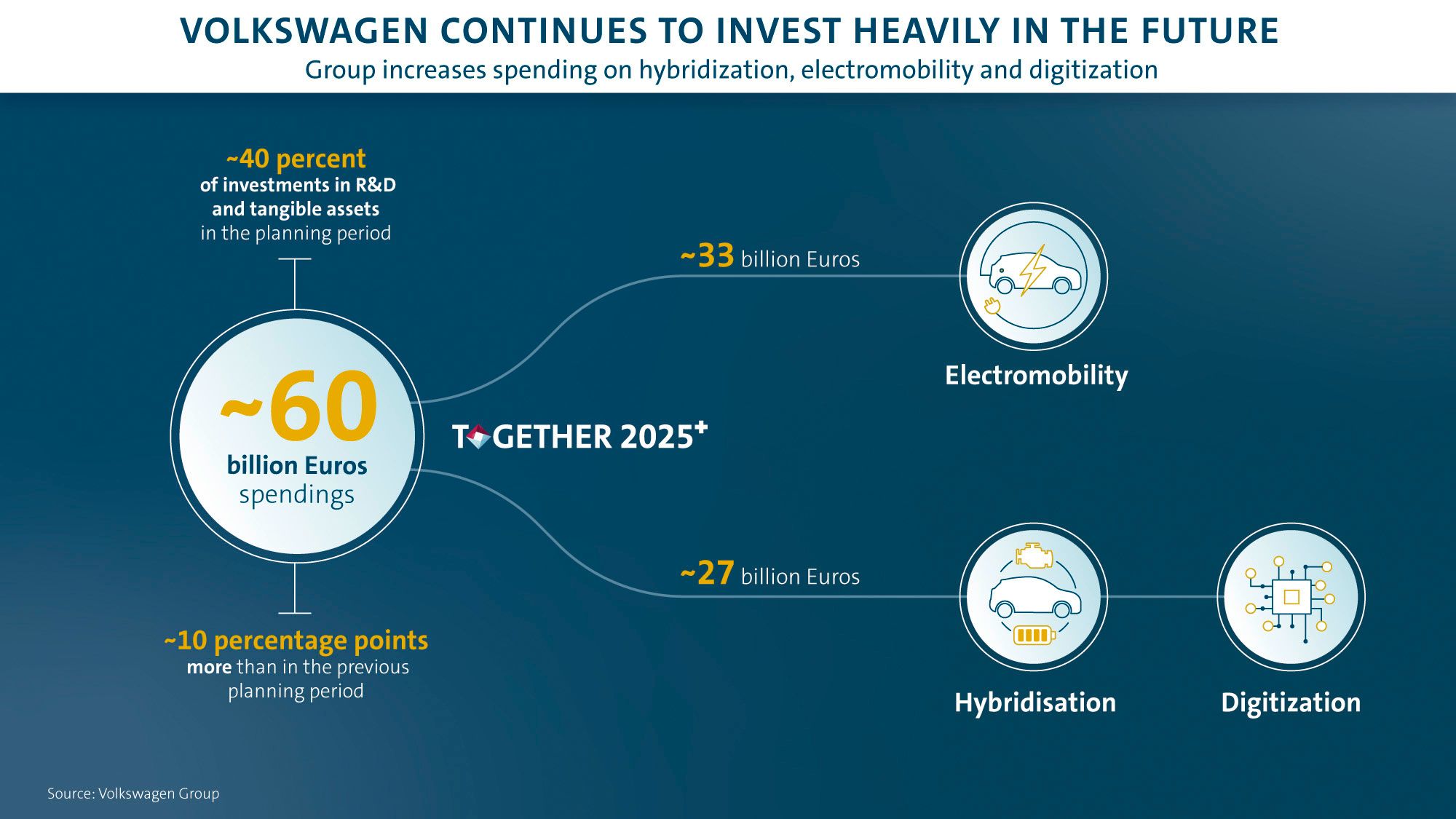