Apple has started construction on its new three million square foot campus in Austin, Texas, where it is manufacturing the Mac Pro.

The $1bn campus will initially house 5,000 employees, with the capacity to grow to 15,000, and is expected to open in 2022. Apple is steadily growing in Austin with approximately 7,000 employees in the city - more than a 50% increase in the past five years alone.

“Building the Mac Pro, Apple’s most powerful device ever, in Austin is both a point of pride and a testament to the enduring power of American ingenuity,” said Tim Cook, Apple’s CEO. “With the construction of our new campus in Austin now underway, Apple is deepening our close bond with the city and the talented and diverse workforce that calls it home."

As part of its commitment to respecting the historical and geographical significance of the area, Apple is partnering with Austin-based Bartlett Tree Experts to preserve and increase the diversity of native trees on the 133-acre property. Thousands of trees spanning over 20 varieties native to Texas are planned for the campus - significantly more than were on the site before construction started. Additionally, the site will be designed to maximise green space, with landscaping covering over 60% of the campus, including a 50-acre nature and wildlife preserve that will be open to the public. Like all Apple facilities, the new Austin campus will run on 100 percent renewable energy, including from solar power generated on site.

Earlier this year, Apple launched its Community Education Initiative in Austin, partnering with Austin Community College, Austin area public schools and other community partners to bring Swift coding into the classroom. In addition, Austin Community College was one of the first community colleges in the country to offer App Development with Swift to train its students to design and develop apps.

The all-new Mac Pro is Apple’s most powerful machine ever, and 15,000 times faster than the original Mac. Apple and its manufacturing partners invested over $200mn in the Mac Pro facility in Austin, building out the complex assembly line where the Mac Pro is produced. Each Mac Pro travels a distance of 1,000 feet along the production line, with some components requiring precision placement within the width of a human hair.

The Mac Pro manufacturing site is UL Zero Waste to Landfill Gold certified, and has been recognized by Austin Water for Excellence in Water Conservation and Excellence in Environmental Stewardship. 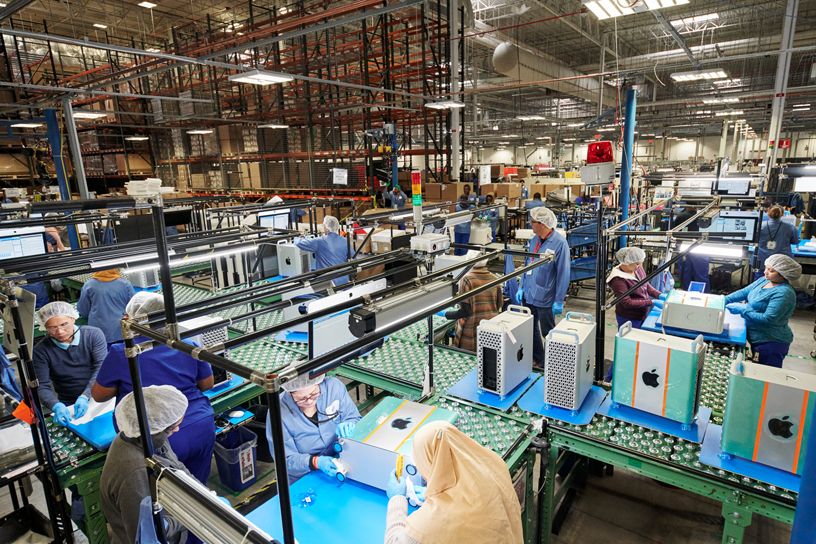